I suppose I should be thankful I was raised on a steady diet of Star Trek, Star Wars, Quantum Leap, and books that featured all kinds of sci-fi themes.  As I got older, I discovered even more wonderful things hiding in this genre and for a while it was a bit of an obsession. Time travel is probably the coolest idea to me.  The idea of being able to go back to any point in time, past or future, just opens up so many possibilities. 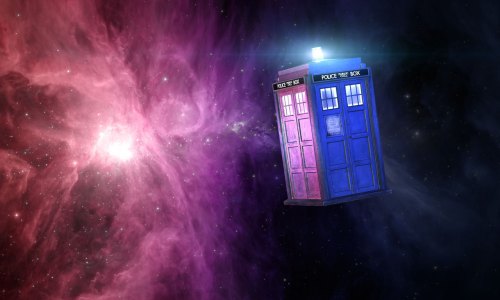 It travels through time AND space.

Think about going back to any point in history and seeing it, in person.  Obviously, you wouldn’t be able to really do anything because you wouldn’t want to change the course of history but still, let’s think about this for a minute.  Imagine being there when Teddy Roosevelt charges up San Juan Hill or watching Marie Curie work in the laboratory.Think about watching Caesar in Gaul or being there when Annie Oakley was performing.  So many amazing things to witness.

Even in the last 50 years, there is so much to go back and witness.  Then think about going to the future.  I mean if you could ahead and see what happens, what would that do to you?  I love these questions.  I could talk about them for hours.  It’s just one of those things that just fascinates me.  I don’t even know when I would go first.  And then the other major question.  Do I go alone or do I find someone fun to go with?  Or do I find some kind of academic like Doc Brown to come with me so that if something bad happens, I have someone smarter than me to figure things out while I just goof around and explore?  And then the other important question – what if someone wants to come back for a little while do you take them like Bill and Ted took Abe Lincoln and Socrates?  Even more importantly, do you get Napoleon the Ziggy Piggy?

If time travel ever comes into existence, I want to sign up for it.  I don’t care where I go.  Ok, well maybe I care a little since there are a few things in history I really could do without seeing but there are so many other options! I’d even offer to do a time exchange where I spend a year in the time I pick and study it.  See what it was like.  Maybe not a full year.  Maybe more like three months but still, it would be enough time to really see what it was like in that time.  It’s such a cool thing to think about.  Excuse me while I now go make a list of all the places I would want to travel and what I would do when I get there.

This blog post is part of the July NaBloPoMo.  The theme this month is “Decade.” It’s a fun time so you should go see what the other NaBloPoMo bloggers are writing and maybe even think about blogging along!

How was that time you were on Jeopardy?  Was it all you hoped and then some?  Did you go for a true daily double?  Did Trebek chuckle at your stories during that mid-game interview?  I’m sure you rocked it and probably cleared a whole category on your own.  It was probably a cool category too like Before & After or Rhyme Time.  Though, if you cleared any category related to literature, language, or science, I’m still impressed.  Hell, the fact that you made it on the show is impressive.

Now that the Daughter is getting ready for her driver’s permit, are you ready for that?  I mean seriously.  Are you ready for her to burn out your clutch? It’s only fair.  You almost burned out Mom’s clutch when you were learning to drive.  God knows you potentially gave her whiplash as you learned how to time the clutch and the gas pedal.  Hopefully you have already bought a neck brace or have invested in a chiropractor.  Just remember to laugh and not yell.  Clutches can be replaced.  Learning to drive only happens once.

The book was cool too. The fact that you have it on Amazon is pretty sweet.  I hear that you did manage to get an agent which is pretty much right up there with Jeopardy.  The fact that they are optimistic about getting at least a limited release is pretty cool.  Keep on writing.  Obviously.

This letter almost sounds like a kids wish list but honestly, over the past ten years, you really stayed focused.  I could list a bunch of clichés here but, thankfully, you haven’t changed that much that clichés make you throw up a little in your mouth.  At any rate, it’s impressive to see where you are at the age of 44.  What’s next? Travel? Living abroad? Whatever it is, keep on going!

When I turned 10, my youngest brother (Brother 3) was only a few months old.  I remember feeling so much older than him.  When I was in high school, he was in pre-school.  I got my driver’s license when he was in first grade.  It was odd.  He was so little and it seemed like such a big difference in our ages, I thought I would never get to know him.  A ten-year age difference really seemed insurmountable.  I need to take a minute here to pause and just comment on how much I enjoy the word insurmountable – I also love proving the opposite of that word. 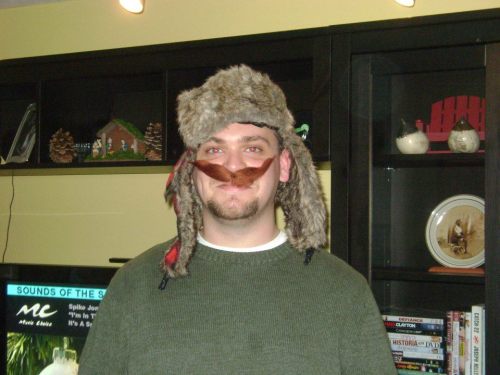 As we grew older, Brother 3  started to slowly join the ranks of adults.  That 10 year gap seemed to close.  He had a job.  He had bills. He had responsibilities.  Now that he could have a beer (legally), he seemed to be more like an adult.  We were able to have conversations about adult things.  He slowly discovered Monty Python, Doctor Who, classic movies (that came out when I was a kid I might add), pop culture references finally made sense to him.  It was like he was finally a member of the adult club.  I have to admit, he’s still my baby brother who still has a lot of life lessons to learn but because he’s in his early 20s, he thinks he knows it all.  When those instances come up, the instances where he knows more than I do, I sometimes find it hard to keep my mouth shut.  I have ten more years of experience than him.  I’ve made a few mistakes in life.  I’ve learned from them.  I have some knowledge from those 10 years that could benefit him.  However, because I’m older and he thinks that the three of us (my other two brothers and me) pick on him, he doesn’t always listen to what those ten years have taught me.

At times like that, when he gets a little overly sensitive about advice or I give it a little bluntly (which I will admit I sometimes do), I realize that 10 years is a long time.  There’s a lot that can happen in 10 years.  Looking at the 00’s, the “aughts” if you will, I graduated college; worked a couple of different jobs; I bought a new car and paid it off; I went to Europe; I met my husband; I had my daughter.  I’m sure there’s a lot more, but even those life events are pretty major for a 10 year period.  Think about how much can happen in a 10 year period.  Seeing those things listed makes me realize it was a long time, even if it feels like it was just yesterday.  10 years may go by quickly, but it’s really a long time and if you are living life you won’t realize they have passed until you are looking back on them.  Seriously, writing that sentence where I packed in all that stuff I did in a 10 year period was weird.  I didn’t realize how much happened – which is odd because obviously I know it happened, I lived it.  But it’s just odd that so much happened and I didn’t even blink as the calendar pages kept turning.

Getting back to Brother 3, I guess even though that 10 year gap seems to have shrunk, there still is a lot of time between us.  It’s interesting to watch the differences those ten years really make.  I suppose it’s only if I choose to acknowledge the differences.  I mean, if 1998 was still only about 10 years ago, things can’t be that different, right?

These things are all still things. Right?  Though Rachel, Monica, and Phoebe are a little out there…thanks random Google collage for this strangeness.

Yeah.  I’m uninspired.  It’s odd. My head feels empty.  Just random observations to be made which don’t always make for good blog posts, however, I promised myself I was going to write every day again, so here it is.

It’s July 1st.  I have signed up for another NaBloPoMo.  The theme this year is Decades.  Glancing at the prompts for this month.  It should be interesting to explore these ideas.  Today’s prompt thought is a little tough.  I have no idea what I’ve been doing for 10 years straight.  Writing? Perhaps.  Learning? I’d like to think I’m always learning.  Growing? Well that goes hand in hand with learning doesn’t it?  See – it’s a tough question to come up with a genuine answer to.

Because of that and the fact that I’m currently being distracted by the documentary “The History of The Eagles” which, if you haven’t watched it I have to tell you it’s pretty awesome, I’m going to leave it as that.  For the last ten years, I have been listening to music.

A blog full of humorous and poignant observations.

I see the world in color, but at night I dream in ink

Thought Catalog is a digital youth culture magazine dedicated to your stories and ideas.

A String of Pearls

The Comedy Behind Life

Because keeping life's lessons to yourself is just selfish.

Creative humour, satire and other bad ideas by Ross Murray, an author living in the Eastern Townships of Quebec, Canada. Is it truth or fiction? Only his hairdresser knows for sure.

A Day in the Life of Shareen A.